The widespread belief that next year’s general elections would be a contest between the ruling All Progressives Congress (APC) and the main opposition People’s Democratic Party (PDP) may have been threatened as aggrieved chieftains of both parties are now defecting to the New Nigeria People’s Party (NNPP).

The Independent National Electoral Commission (INEC) had announced that the polls would take place on February 25 and March 11, 2023 with the participation of 18 political parties.

Also, those that have bolster the political strength of NNPP include a former member of the House of Representatives, and ex-Director of the Bola Ahmed Tinubu Presidential Campaign, Abdulmumin Jubrin.

In addition, 17 out of 40 members of the Kano State House of Assembly have reportedly made their way to the NNPP.

Although, most of the political heavyweights are from the North, a source who pleaded anonymity stated that powerful politicians from other regions will soon join.

According to the source, “it is true that the majority of the political heavyweights are from the North, at least for now. But I can assure you that people from other regions will join the party after their primaries.

“The party plans to spread to other regions. It wants to have a strong presence across the country.”

The defectors all linked their defection to NNPP to the indissoluble fracas in the leadership of APC and PDP.

Kwankwaso who was, until recently, a staunch PDP member, claimed that he ditched the opposition party because he was relegated to the background, adding that his inputs were not considered.

Without mincing words, he boasted that his new political bride, “is already gaining momentum around the country” given the calibre of new entrants.

The former minister of defence told his political apostles that the 2023 general elections would be a walk on the part of his party.

“I just registered. Probably, I am the newest member of the NNPP. The name of the party is New Nigeria People’s Party (NNPP).

“I am happy that all of us are witnessing this moment. I am sure you remember earlier today I resigned and withdrew my membership of the People’s Democratic Party (PDP).

“I have to say that I am very delighted especially going by what we are seeing in both parties. I am sure you know that I was one of the founding members of PDP in 1998. By 1999 I was a governor of Kano State.

“We had a situation in April last year where positions and zonal positions were being shared among the states and all leaders in the six other states were given opportunity to participate.

“In Kano, some people thought I was not that important. They had to do it their way. And I spent almost one year now waiting for the PDP to talk to me.

“Even the new leadership does not want to talk to me. For that reason I felt that irreconcilable differences between myself and many other leaders based on the ideology. I believe that people should be given an opportunity not minding their religion or region,” he said.

Expectedly, he took a swipe at APC, accusing it of plunging Nigerians into severe poverty, unemployment, monumental corruption and leadership failure.

He wondered why a party that promised to positively change the fortune of citizens by reducing the cost of governance would peg the cost of expression of interest and nomination forms at N100 million.

“We want everybody to go and register in their wards. Forms are very cheap. Certainly not N100 million for presidential candidates and so on and so forth.

“Let me remind Nigerians that our forms are on sale for the states assembly positions and other positions here in the national secretariat for those who want to contest election.

“I want to encourage everybody to be like all of us here; to be people with foresight of men and women in this country. This party is all nationalists who believe in this country,” added.

The political scientist charged them to mobilise more members at the grassroots.

“You must all know that these responsibilities bestowed on us are a trust we must all hold dearly and we must work very closely together to fulfil the manifest destiny of our great party and the nation.

“I need not remind you all that this party has rebounced into reckoning and into the Nigeria’s political space at the most decisive and challenging period of our nation’s history.

“I say decisive because Nigerians for too long have been waiting for a political party to salvage the nation, to rescue our people from the visionless and directionless political elite that have abandoned the fundamental principles and grown norms of democratic governance.

“It appears to us that most of the political elite have forgotten the past and do not look at the future beyond their noses.

“Gradually but systematically our great country Nigeria and the hardworking and innocent citizens of this country are being sacrificed on the altar of personal and selfish interests of a few whose primary objective is only to capture power, raw power, not in the service of the people, but for their personal gains.

“I also say challenges because the damage inflicted on our country and our people is too deep and too pervasive.

“Today, there is no part of our national life which has been spared: our farming populations and traders; members of the business community and the professionals; intellectuals and security personnel,” he said.

Moreso, NNPP Women Leader, Jummai Bello-Yasin, said that women would prominently be featured in the activities of the party.

Corroborating Kwankwaso’s angst over the cost of APC’s expression of interest and nomination forms, she urged the Economic and Financial Crimes Commission (EFCC) and the Independent Corrupt Practices and Other Related Offences Commission (ICPC), to thoroughly probe the finances of the party.

Thereafter, Bello-Yasin berated government for allowing the industrial action by the Academic Staff Union of Universities (ASUU) to fester with an extension of another three months.

“You can see how they are wasting our money. N100 million for a form that was printed for less than N50.

“Even those in the office, there is no decorum, there is no respect for the law, there is no protocol, everybody came out from offices, they are still serving officers, serving ministers, serving commissioner, and all that they came out to use the taxpayers money to buy these forms which is highly unacceptable.

“We cannot take it because we are shortchanged, we won’t allow them to mess up this country. They deliberately want to gather this money because they know that they are not going to win the election.

“We are tired, we are not ready to subject ourselves to ridicule the way they have taken this country to. We want a change, not the kind of change that was brought by our sister party.

“Those change are horrible change and we never expected it and we’re not interested in such kind of change.

“Nigerians need good water, we need electricity, we need good road, we need hospitals with equipment that will take care of the health of Nigerians.

“You can imagine when Ebola and COVID 19 came, that was when the government in power was exposed, a lot of hospitals had no facilities. They had competent doctors,  but there were no facilities.

“They were not properly paid, facilities and products were not bought into the hospitals.

“Monies were allotted to them, they were paid for. It was contracted out, but at the end of the day, nothing was seen in the hospitals.

“The medical directors came out, they were exposing themselves. It got to a level that government had to ask them to stop opening their dirty linen outside,” she added. 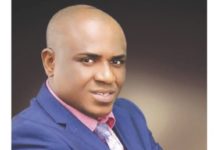 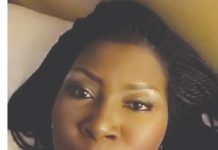 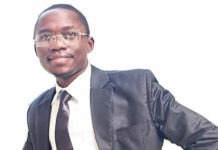