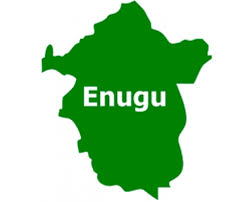 A political pressure group, Enugu Rescue Group, has faulted former governor of Enugu State, Dr. Chimaroke Nnamani, on his claims that a purported zoning arrangement had knocked former Deputy President of the Senate, Senator Ike Ekweremadu, off the 2023 Enugu governorship contest, saying there was never a time the people of Enugu State zoned its governorship.

It warned those preparing to bandy a purported zoning document to remember that forgery remained a serious offence under Nigerian laws.

The group while describing the purported zoning agreement as fictitious and elites conspiracy to grab power to deny the people of Enugu State quality governance, reminded the former governor, that gang-up politics does not work in Enugu.

Nnamani had in a statement he personally signed on Sunday commended what he claimed to be “principled stand” of some political leaders like former governors Sullivan Chime, Dr. Okwesilieze Nwodo, Senator Jim Nwobodo, and former Senate President, Senator Ken Nnamani and Governor Ifeanyi Ugwuanyi, “affirming the zoning principle as well as the turn of Enugu East zone to produce the next governor.”

“This position of Enugu elders may have put paid to the governorship ambition of the former Deputy President of the Senate, Senator Ike Ekweremadu from Enugu West Senatorial Zone,” Nnamani clearly stated.

But in a swift reaction on Sunday through its national coordinator, Ejike Iloh,  wondered when Dr. Nnamani became the spokesperson of former governors and elders of the State.

The group said: “We have observed the reckless utterances and claims of Dr. Chimaroke Nnamani and wonder when he became the spokesperson of all former governors and Enugu political leaders, including those he does not see eye to eye with.

“Nnamani in usual air of arrogance and playing God said. We make bold to say that by verifiable records on the contests for the governorship of Enugu State since 1998/1999, there is nothing like zoning principle in the state. Power has gone round the three geopolitical zones, but not based on any predefined zoning principle, as Nnamani seeks to sell to unsuspecting Nigerians.

“Where was the purported zoning principle when himself from Enugu East was sponsored by Senator Jim Nwobodo to snatch the gubernatorial ticket of the Peoples Democratic Party (PDP) from Chief Nduka Agu from Enugu West, who was sponsored by another former governor, Dr. Okwesilieze Nwodo in the 1998, in an epic battle?

“Where was zoning when Nnamani contested against Chief Gbazuagu Nweke Gbazuagu of the All Peoples Party (APP), who hails from Enugu West in the main election in 1999?

“Where was zoning during the highly volatile 2003 governorship election that became a straight fight between Nnamani of Enugu East and Ambassador Fidel Ayogu of the All Nigeria Peoples Party (ANPP), who hails from Enugu North?

“Where was zoning when even Nnamani’s deputy, Dr. Ezenwata Okechukwu Itanyi from Enugu North contested against Nnamani’s anointed successor, Sullivan Chime, from Enugu West, in the 2007 PDP governorship primary and only lost by a narrow margin?

“And above all, where was the so-called zoning in 2011 when Dr. Chimaroke Nnamani formed the Peoples Democratic Congress (PDC), fielded Dr. Dan Shere, and waged a ferocious political warfare to dislodge the then incumbent governor Chime from Enugu West?”

It reminded Nnamani that political gang-up does not work in Enugu State, no matter the potency of the forces behind it.

“We are surprised that Nnamani has forgotten that there was a gang-up against him by virtually all the political heavyweights in Enugu, including Nwobodo, Nwodo, and a majority of the Enugu State House of Assembly, leaving virtually only him, Senator Ike Ekweremadu, and a few others standing on one side. We wish to remind him that the gang-up failed as he could neither be impeached nor stopped from his second term.

“Also, a gang-up by Nnamani, Nwodo as the National Chairman of the PDP, and several others to deny Chime a second term in office failed, as God used men of goodwill and principle like Ekweremadu to see Chime through.

“Likewise, the gang-up to stop Ekweremadu in 2015 did not succeed. God saw him through, as he eventually played determinant roles in that election season.

“We, therefore, wish to remind Nnamani that God is still alive to teach people, who take pleasure in playing God, some bitter lessons,” it added.

The statement also wondered when Nnamani would champion the zoning of other political offices in Enugu.

“Why is it good to talk about the zoning of Enugu governorship seat while he, Nnamai, holds fast to the Enugu East senatorial seat for two terms even as he plots to return?

“When will that seat be zoned to backwaters of Enugu East politics like Nkanu East and Isi Uzo?

“Why is nobody talking about zoning the Enugu North senatorial seat to Igbo Eze South to Igbo-Eze South in 2023?” they queried.

It said that the governorship having gone round the three zones, it was more interested in the best hands emerging the governor of Enugu in 2023, not minding who he or she is or where the candidate comes from. 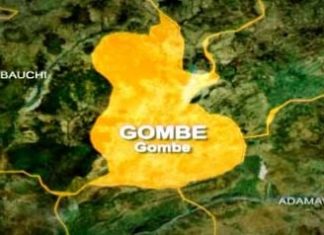