As darts fly over the purchase of Expression of Interest form for Mr Godwin Emefiele, the Central Bank of Nigeria (CBN) Governor by rice farmers, a public affairs commentator, Jonas Morgan Feyi has said that the apex bank chief has not broken any law over the matter, describing the attacks on him as feeble kicks of detractors and unsuccessful attempts to smear his towering image.

Feyi in an article made available to Daily Sun, said many ill-informed Nigerians were armed and waiting in the wings for the news to pull the plug on their campaign of calumny.

“The speed of the campaign just minutes after the news broke suggests firstly; that the sound technocrat is truly a huge force to reckon with and secondly; that there is an overwhelming expectation in the political sphere regarding his candidacy at this stage of the nation’s development.

“Some of the commentators threw caution to the wind, dancing naked in the market square by demanding the Governor’s forceful exit.

“Most of the backlashes demanding his removal have been based on section 11 of the CBN Act that provides conditions under which a Governor may be removed from office; including becoming a legislator, confirmed to be of unsound mind or conviction of a criminal offence.

“The Act then prescribes for votes by a two-thirds majority of the Senate for the Governor to be removed. By all standards, the authors of the backlashes appear not to have come to terms with the seriousness accorded to the Office of the CBN Governor by the Act”, he explained.

Feyi added that while the media darts fly, Mr Godwin Emefiele continues with his work, focused on his duties seeking direction on the enormous pressure mounted on him to continue to serve at a higher level.

“To date, Emefiele has not broken any law and is not culpable because the masses are demanding that he runs for president. The nation is politicking; groups are desiring and calling for the emergence of competent leaders from all the sections of the vast population of the country.

“The case of the CBN Governor is one of such happening daily. If the masses pressuring him happen to succeed, Emefiele is expected to tow the constitutional pathway to pursue the task including doing so based on his convictions.

“Nigerians know the might of the South West in the media space and respect the endowment. However, the vociferous and baseless call from one of the Governors in the region and his Senior Advocate of Nigeria colleague deeply hurts the feelings of most of the country.

“Apart from the Southwest occupying the presidency from 1999 to 2007, the same region occupies the office of the Vice President till 2023. The ethnocentric and parochial insistence on the Southwest producing the next President will go down in history as laughable and insensitive.

“At this stage, Emefiele’s bold developmental interventions that changed the trajectory of Nigeria’s real sector, the resolute stance on the removal of the 43 items from the foreign exchange window, provision of facilities for tertiary institution entrepreneurs and households as well as funding of millions of local farmers to boost production of staples are the signposts that the masses can see.

“There is a need to continue assiduously on this path to sustain the gains and ensure that more Nigerians enjoy better livelihood in the years ahead”, he added. 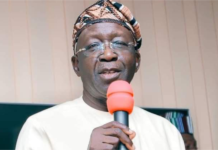 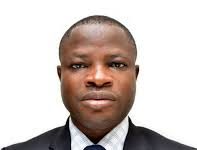 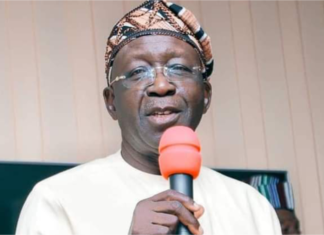