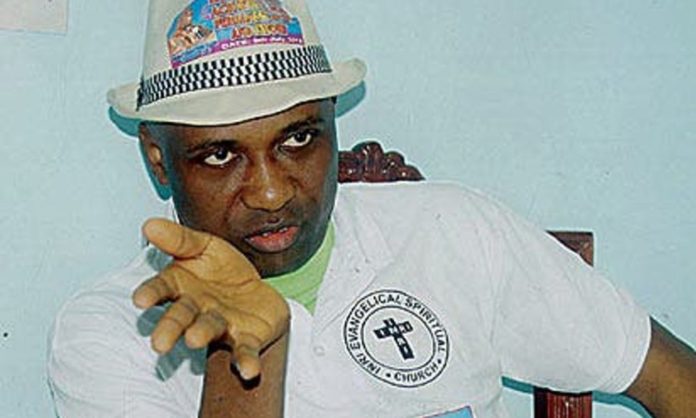 Chief Chris Usulor, a governorship aspirant of the Peoples Democratic Party (PDP) in Ebonyi State, has tackled Primate Elijah Ayodele, leader of the INRI Evangelical Spiritual Church, over his prophecy.

Ayodele had prophesied that Usulor will not be elected governor of the state in the 2023 election.

Primate Ayodele had, in a statement signed by his media aide, Osho Oluwatosin, stated that Usulor and three other politicians should not waste money on election campaigns because God has not anointed them to lead the state.

According to Ayodele, Usulor, Fidelis Nwankwo or Edward Nkwaogu of the All Progressives Congress (APC) would not become governor of the state in 2023.

Responding to the statement, Usulor said: “Our attention has been drawn to Primate Ayodele’s prophecy. The name of our candidate is Hon. Chris Usulor and not Uzulor as Primate Ayodele saw in his prophecy.

“When God ministers to his true and chosen prophets, the prophecy is always clear without any ambiguities or confusion and God is not a God of an attention seeker.

“True men of God are judged and respected by their past proven prophecy records. Hon. Chris Usulor candidacy is divine as exemplified by the number of respected clergymen that are supporting him, coupled with overwhelming support by the people of Ebonyi State.

“Hon. Chris Usulor is ready and focused to answer the clarion call of Ebonyi people who are aiding him to lead them as their governor come 2023.

“We advise Primate Ayodele not to fall victim of desperate political contenders in the state, that might have offered him money knowing fully well, they don’t stand any chance with Hon.Chris Usulor,” the statement noted.