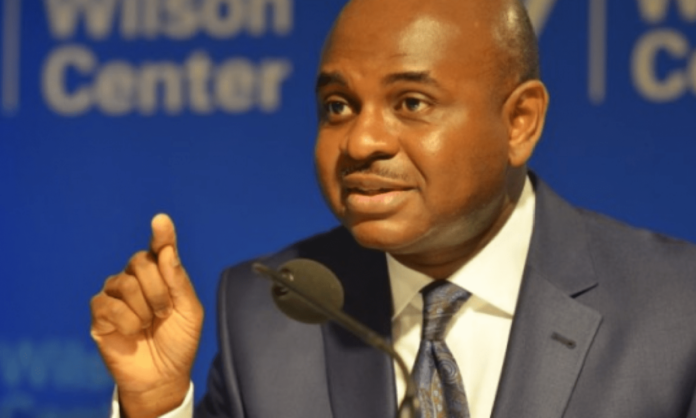 As the 2023 general elections draw near, a former deputy governor of Central Bank of Nigeria (CBN) Kingsley Moghalu has warned Nigerians- youths in particular to secure their future by not voting for people who are old enough to be their grandparents and who have nothing to offer in leadership, public administration and management of resources.

Speaking yesterday in a monitored interview, the former Presidential candidate of Young Progressives Party (YPP) in the last general elections, decried the level of vulnerability and susceptibility of most Nigerians during electioneering periods.

According to him, the 2023 general elections would be a choice between the old and the new, howbeit, Nigerians must change the way they think and behave by not allowing anybody to buy their conscience with baits in any form.

Moghalu who is a member of a fusion council of third force mega party (new movement) and spoke on why Nigeria need a third force, maintained that it was the people who have been voting for the same incompetent and corrupt Politicians into power for insignificant reasons.

“People must stop worshipping Parties or structures! We should look at the what aspirants have done in the past in their respective endeavours and not on promises, we don’t need promises, what we need is actionable plans. We should not follow a bandwagon with emptiness,” he charged.

He added that Nigeria would save themselves from the looming anarchy by standing tall and resist any act of deception and duplicitous rhetorics and insist on the right things to be done, saying that the agony and Penury in the land is becoming unbecoming.

“Electorate should check the track records of every aspirants and should not be swayed by N5000 and other mundane gratifications from some Politicians. We are coming with a difference. Nigeria will soon see the difference, Nigeria must be redeemed from the shackles of a few persons,” he assured.