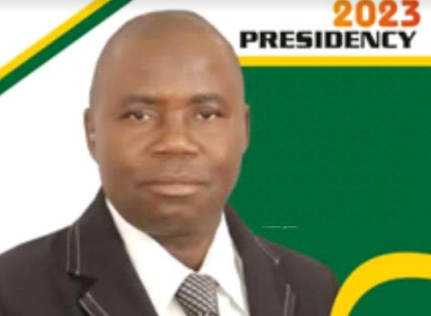 A group, Concerned Nigerians, has called on Bauchi State based politician, Mr Tanimu Audu, an academician, to contest for the Presidency in 2023, describing him as a credible leader that will salvage the country from its present predicament.

Leader of the group Ustas Suleiman Adamu, made the disclosure after its meeting held at Zaranda Hotel, Bauchi, on Monday, saying they unanimously endorsed him because “he has a large-heart and derives pleasure in helping people couple”.

Adamu explained that Audu, who hails from Bangunji, Shongom Local Government Area, Gombe State, an well-articulated 12- point agenda that will take Nigeria to promise land and urged Nigerians to throw their weight behind him.

He said the group will convey their decision to Audu, a season academician and Proprietor of Success Standard School, Bauchi, saying they are ready to drum all necessary support for him to succeed.

“We have keenly followed the activities of this dedicated and committed Nigerian who has been a bridge builder and a man of the people. Nigeria is currently at a cross road and need people of Audu’s wealth of experience to solve the myriad of problems plaguing the country,” he stated,

Adamu explained the Concerned Nigerians group carefully studied Audu’s 12 point agenda and and expressed confidence that if given the chance, he would make a huge difference in leadership of the country.

Chairman of the Concerned Citizens argues that other attractions of the 12 point agenda include an ambitious plan for the unity of the country.

“Audu has come up with a solid plan to tackle insecurity and provide employment opportunities for all the graduates in any institutions.

“He also has good plans for providing grants in partnership with international organisation for those that have acumen in business or handwork.

“Among his successes are concession to orphans and vulnerable children in his school Success Standard School Bauchi, Bauchi state and single handedly brought Rotary club to Bauchi in 2017.

“We also find his plan to give loans with non-interest to boost small and medium scale businesses as a good development that will boost the economic activities in that sector and improve hand work with strict supervisions from the Government officials,” he stated.

He argued that Audu has the integrity, honesty and zeal to address corruption and subsequently combat injustice, marginalisation, ethnicity and religious bias bedeviling the country.