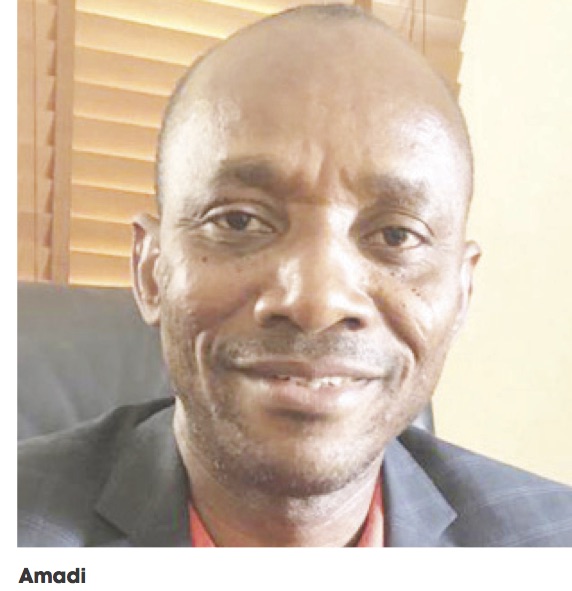 Associate Professor and Director, Abuja School of Social and Political Thoughts, Sam Amadi, in this interview speaks about why President Muhammadu Buhari’s government failed to realise the three cardinal promises of the administration, what his successor must do to re-unite the country and other national issues.  The former Chairman of the Nigerian Electricity Regulatory Commission (NERC), and Head, Private and Property Law at Baze University, Abuja also speaks on other issues.

President Buhari’s administration will come to an end next year and it is clear that insecurity has spread from the North East where it was localised in 2015 to envelope the entire country; the economy has taken a dip and the latest ranking of the Corruption Perception Index (CPI) compiled by Transparency International (TI) shows Nigeria has gone farther down the ladder. What do you think account for the administration’s failure in addressing these issues?

The failure of the President Buhari-led administration in the areas of security, economy and anti-corruption illustrates what happens when people come to power without a clear understanding of the problems and therefore came without a coherent and implementable strategy and roadmap to solving those problems.

The Buhari administration lacked clear, coherent and accurate diagnosis of Nigeria’s problems. The buzz word change was nothing implementable, the mantra lacked clarity and precision. The All Progressives Congress (APC) propaganda machine did not fully align to or address the real underlining causes of Nigeria’s corruption status, which derives from the crisis of production, crisis of ethics and crisis of nationality.

Nigeria is conceived as a consumer prerogative oriented state designed for sharing, a state where elites work to capture the state, and fighting corruption in this kind of state requires strategic realignment and fundamental revision of the institutions and the structure and underlining logic of the state. It is not about clamping PDP leaders or officials of the past government who may be corrupt in prison. Buhari’s unraveling as now, a confidant or a champion of the most corrupt politicians is a predictable surprise because it flows from his total lack of understanding of how corruption manifests, it is the same with the economy; you need to have a real strategic plan built around an understanding of the Nigerian structural crisis that produce underdevelopment and economic stagnation. You need a clear strategy that is properly contextualised to drive diversification and improve productivity and therefore create sustainable economic growth. The issue of security was clearly used as a weapon to fight the PDP, but it is now clear that the crisis is endemic and built around the crisis of production and governance and Buhari did not understand that and that is the reason why he failed woefully in the three cardinal areas of security, economy and anti corruption.

From all indications, whoever comes into office in 2023 will have to deal with rising insecurity, failing economy and corruption. How do you think these should be handled?

Whoever comes in as President of Nigeria in 2023 will be faced with a lot of work to do; it will not be palatable as the aspirants seem to be making it to be. In the last six to seven years, this government has undermined the capacity of the institutions and so part of what should happen is the need to create a consensus across the geopolitical zones in terms of ethnic consensus and recreate commitment to the Nigerian state. There is need for commitment to seek out solutions without thinking of implications to geopolitical zones. For example, we now see that insecurity in Northern Nigeria is tied to some kind of militant political Islam that is focused on creating a caliphate. So, you cannot really solve the insecurity crisis in terms of terrorism and banditry without carefully but courageously shifting through the morals of religious fundamentalists and consistently promoting the concept of a democratic state against those who want to undermine it. Then across the South, you have kidnappings and insurrection and you cannot deal with them without recreating symbols of governance in which the people have a sense that they all count equally so that there will be no reason for the people to think that the government in Abuja is pursuing Islamisation or Fulanisation. We need to have that shift and that is the first thing to do to recreate commitment and seek out solutions and thirdly, I think the leadership should have some clear headedness and rethink, change their perspective of politics and see the problem with new eyes, have current diagnosis and then marshal out current and effective solutions; we need to move away from dogma and fundamentalism to realism and focus on providing solutions to the problems.

What are your concerns on the 2023 general elections given the current state of insecurity in the country?

The 2023 election will come and go. The election may be one of the most rushed. We are not prepared for the election – the Independent National Electoral Commission (INEC) political parties and the electorate. So we may have a compromise candidate emerge as president. There will not be intense campaign, the sort that will bring out the issues in a rigorous manner that will enlighten the citizens. So, what will change our future for the better is that some Nigerians are really working hard on solutions to our problems and willing to push the creative solutions they get and are lucky to have listening ear on power. I don’t have much hope about this.

What in your view are the major challenges facing Nigeria’s democracy. United States (US), President Joe Biden during his summit with world leaders expressed this view that democracy doesn’t happen by accident and should be renewed each generation. In Nigeria, it seems our idea of renewal is the four years periodic election during which politicians trade blames over who is to blame for the rot in the country?

The major challenge for Nigerian democracy is how to make democracy so called work for the well-being of the people and secure stability and peace. In as much as democracy has inherent value; its survival requires instrumentation. If democracy does not provide food and shelter and cannot guarantee peace, then it will fail. That’s what we are seeing in West Africa. Democracy is not spiritually ordained. It justifies itself by its prudential value. In Nigeria, our democracy is sick because it does not have enough of the cultural nutrients to make it healthy and now its incapacity to provide the basics of life make it almost sentenced to death unless we can do something drastic and in quick time.

As the general elections approach, many groups are talking about a third force that will stand against the APC and the PDP at the pool. In 2014, a merger of parties drove the PDP from power and it turned out that merger, the APC is not the solution, what do you think?

The third force is a great idea as long as it has enough force. I am not sure it does. The Third Force will be a great idea if its proponents are prepared to lose the 2023 presidential election and may be win some legislative or state seats. And also prepare clear alternatives to galvanise the Nigerian people at the right time to overthrow the prevailing order. It is unreasonable and almost unethical to form a Third Force just to win the presidency in the next election. No. It should be to present an alternative future and alternative ideas for Nigerian redemption and allow those ideas to gestate and germinate as big oaks so that you can knock off the status quo.

We make mistake to liken the APC to the current third force. APC was not a third force. APC was an opportunistic coalition of some PDP and other fringe parties. Without the N-PDP, there would have been no victory; plus the ACN faction. It was not a new moment. It was an old moment that divided itself. There was nothing grand or new about APC in 2014.

Many of those who have indicated interests in 2023 presidential election are people who have been in government or are still in government; how do you feel seeing these people aspire to lead Nigeria?

Nigeria lacks the real high energy politics that it needs to deliver herself. There are some good signs. Someone like Dr Ayu, the National Chairman of the PDP is the sort of politician with the capacity to rethink and dream again and present a vision that could be transformative. There are a few people like him in the main parties. I feel like the APC is particularly vulnerable to the lack of vision and inspiration that grips Nigerian politics. We are like a people marooned in an island waiting for rescue but in the meantime instead of being watchful, are busy in a water party. The prospect is gloomy. But I believe things will improve in 2023 when by an accident of a leader who is unlike Buhari we have an opportunity to summon the best of us to think again and dream anew. For now, PDP offers better hope for that accident.

We are at the last lap of this administration’s stay in office, what do you think Nigerians should be looking at post Buhari to ensure we do not end up with a repetition of what we have now?

President Buhari makes Nigeria’s future very clear. We need an extreme urgency of national re-unification. Buhari has almost completely derogated that unity through some acts and symbolisms. We need a leader who is the opposite of Buhari, a leader that is liberal-minded, moderate, accommodating and respectful of diversity and differences. We need a leader who will project compassion and fairness and march symbolisms with real action. We need a leader who has enough communicative intelligence to speak comfortably to the rest of the country. We need above all ‘shared powers’ which will make it difficult for any one group to win big against another and which will force the President to do justice to all people. Also, we need a leader who must reform Nigeria. He or she may not be the best or even a technocrat. But it must be one who truly believes in radical reforms and willing to get someone with knowledge and courage to change things on his behalf. We need to correct course. We need to exit the ‘change train’. We need to jump ship from the change that started in 2014.