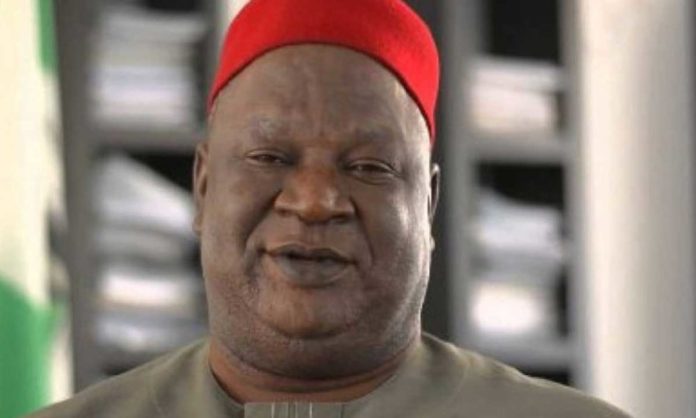 Former Secretary to the Government of the Federation (SGF) Anyim Pius Anyim has met the Peoples Democratic Party (PDP) caucus in the National Assembly to solicit their support for his bid to contest the 2023 presidential poll on the platform of the opposition party.

Anyim, who met with the caucus, in Abuja, said the meeting was to inform the lawmakers of his aspiration to be the PDP candidate in next year’s presidential election.

The former SGF, noted that he recognizes that he needed to seek the support of the National Assembly members, which is his primary constituency of his ambition, as he cannot embark on the journey without their support

“I cannot do it on my own, if you look back and forth and say don’t go, I will stop. But if tonight you ask me go ahead, be strong and courageous, that you are with me; be sure that I will lead the fight. Whatever be the obstacle on the way, when I remember that you are with me, I will be bold enough to confront it.

“There is not much to talk about tonight, except to present myself to you; to seek your advice, seek your support, seek your prayer, seek your partnership,” Anyim, who is also a former Senate President stated.

The Senate Minority leader, Enyinnaya Abaribe, while speaking at the meeting, said it will be difficult for the lawmakers to tell Anyim not to proceed with his presidential bid, especially as he is one of them.

Abaribe said “being one of our own; how can we tell you not to continue? It is going to be very difficult for us. On behalf of the joint caucus of the National assembly, we are saying to you do not relent. Go ahead and continue the charge as you move forward to become the president.”