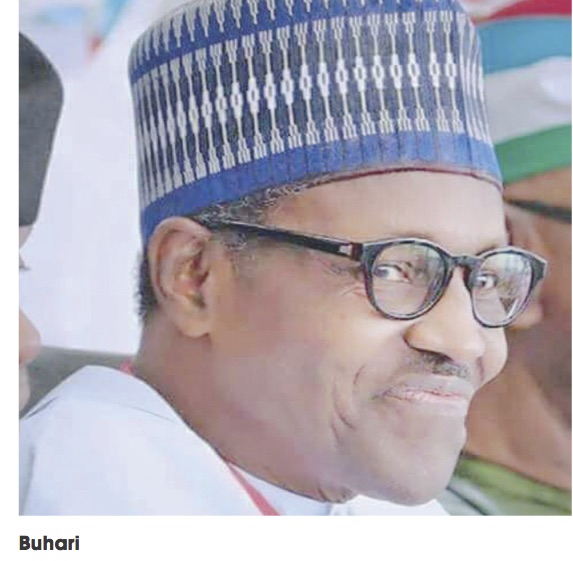 What is the fate of the Electoral Act Amendment Bill, before President Muhammadu Buhari? Would President Buhari assent to the bill or would he reject the proposed law  yet again?

These are the questions agitating the minds of stakeholders, as Nigerians await President Buhari’s decision on the Electoral bill. The proposed legislation, which is seeking to create a new legal framework for the conduct of the 2023 general elections was transmitted to the President by the National Assembly on January 31.

According to the 1999 Constitution (as amended), the President has 30 days to assent or veto the bill. Regardless, 21 days after, there is still uncertainty over the bill.

President Buhari had in December last year declined assent to an earlier version of the electoral act amendment because of a clause which made direct primary the only mode of nominating candidates for elective offices.

The President, in a letter to the speaker of the House of Representatives, Femi Gbajabiamila had noted that making direct primaries mandatory was  an infringement on the right of political parties to decide the mode of choosing their primaries.

He said: “The amendment as proposed is the violation of the underlying spirit of democracy, which is characterised by freedom of choices of which political party membership is a voluntary exercise of the constitutional right of freedom of association.

“The proposed amendment might also give rise to a plethora of litigations based on diverse grounds and issues of law, including but not limited to the fact that the proposed amendment could not work in retrospect, given that the existing constitution of the parties already registered with the Independent National Electoral Commission (INEC) permits direct, indirect and consensus primaries.” ‘

Nevertheless,  he promised to sign the electoral bill once the parliament rework to give political parties options of using  indirect primary, direct primary or consensus to choose their candidates for election.

The President, in a recent television interview, stated: “all I would like is that there should be options. You can’t dictate to people and say you are doing democracy. Allow them other options so that they can make a choice.

The speaker of the House of Representatives, Femi Gbajabiamila, in the aftermath of the President’s veto, had said that the bill contained provisions that will enhance the credibility of elections in the country and would not be allowed to die.

Gbajabiamila said: “we included in that bill, provisions we hoped will significantly enhance the conduct of our national elections and improve public confidence in our electoral outcomes.

“Whichever way it pans out, we must not throw out the baby with the bath water and must deliver a credible and enduring electoral system to Nigerians. Every law is a living document and as long as it has breath, it must survive.”

The National Assembly in a bid to salvage its electoral reform agenda, on resumption in January, quickly reworked the bill to address the President’s concerns, by including indirect primary and consensus as modes of nominating candidates for elections, in the proposed electoral law.

However,  the parliament attached a condition to the use of consensus to choose political party candidates for elections.

Section 9a of the proposed bill stipulates that, “a political party that adopts a consensus candidate shall secure the written consent of all cleared aspirants for the position indicating their voluntary withdrawal from the race and their endorsement of the consensus candidate.”

Similarly,  Section 9b states that “where a political party is unable to secure the written consent of all aspirants for the purpose of a consensus candidate, it shall revert to the choice of direct or indirect primaries for the nomination of candidates for the aforesaid elective position.”

While it was taken for granted that the President will assent to the bill within days, after it was transmitted, not a few are worried that the electoral bill is yet to be signed.

Malami, who was responding to a question during a television programme, had noted that “certainly, if I am not satisfied and if I am of the opinion that it is against the public interest, the national interest; and then against the dictates of democratic process, I would advise accordingly.”

Regardless, the chairman, House of Representatives Committee on Media and Publicity, Benjamin Kalu, said there is no selfish interest in the proposed electoral law.  Kalu told journalists that the National Assembly has always been guided by the national interest in enacting laws.

The lawmaker added: “all we have maintained, what has guided us is nothing but to increase transparency, accountability, competitiveness and fairness in our electoral system.”

Nevertheless, the Peoples Democratic Party (PDP) national publicity secretary, Debo Ologunagba, said President Buhari has no excuse not to sign the electoral bill. Olugunagba  noted that the National Assembly has done everything the president demanded in respect to the bill.

“We demand that the President signs the bill, as it is, with the amendments now being proposed, which is the option for direct, indirect primaries or consensus, so that a party can choose, whichever one it wants.

“That is our position. He must sign it. No law is perfect and we don’t want any excuses; because they will bring any ploy to ensure that he does not sign.

The APC is afraid of the electronic transmission of results. Because they will take away their ability to defraud or to rig election.

“Now, there  is no way to escape. He had said he wanted direct, indirect or consensus. Now, they have given it to him. So, he should sign. No excuse,” the opposition spokesman stated.

There have been a lot of conspiracy theories on why the President may not sign the electoral bill. One of the conspiracy theories, Daily Sun gathered is that the condition attached to the use of consensus for choosing candidates for elections, in the proposed electoral law, has unsettled some interests in the polity. These interests are alleged to be working hard to scuttle the bill.

Besides, there are also concerns that further delay in assent to the bill or outright rejection of the proposed electoral law will have serious implications for the country’s electoral system, especially for the 2023 general elections.

Analysts say in the event that President Buhari vetoes the bill, it would mark an end  to the  quest by the ninth assembly to reform the electoral process.

Ordinarily, the National Assembly is empowered to override the President’s veto, in the event that he declines assent to the bill. However, pundits say the reality on ground does not suggest that the parliament has the guts to disagree with President Buhari on any issue.

The implication is that the 2023 polls will be conducted with the Electoral Act 2010, with all its imperfections.

The House spokesman posits that: “in view of the dynamics of the society, challenges we have experienced, the 2010 electoral act is obsolete; therefore, can longer meet the demands, expectations, ethos and principles of democracy. If we are serious about advancing our democracy, we should stop playing to the gallery.”

Ologunagba told our correspondent that if the President fails to sign the Electoral bill, the PDP will see it as an alleged ploy by the All Progressives Congress ( APC) to manipulate the next general election.

“If he doesn’t sign, then we will conclude that it is a ploy to rig the election. Nigerians should insist he must sign. The President must sign. Not just sign, but sign immediately. There is nothing else he can rely on. And he shouldn’t wait until 30 days.

“We want free, fair and credible elections. And the amendment proposed in the electoral law guarantees some measure substantially, beyond where we are, in transparency of elections.”

Nevertheless, Malami, in his television interview, noted that President Buhari’s administration is interested in bequeathing to the country a legacy of an enduring democracy.

“One thing I can tell you is that we are all interested in leaving behind a legacy of a lasting democracy; a democracy that indeed accommodates the collective interest of the Nigerian state, and eventually advances the national interest, national development and deepens the democratic process,” the AGF had stated.

To the majority of Nigerians, what is important at the moment is for President Buhari to give his assent to this all-important piece of legislation. Indeed, the people await his immediate decision on the bill to douse tension.