A human rights activist, Victor Obianuju Ojei has instituted a suit at the Federal High Court, Asaba, challenging the eligibility of the governorship candidate of the People’s Democratic Party (PDP) in Delta State, Sheriff Francis Oborevwori to contest next year’s election.

Ojei, in suit number FHC/ASB/CS/78/2022 is challenging alleged discrepancies in the academic certificates presented by Oborevwori who is the current Speaker of the state House of Assembly.

This is coming barely 24 hours that the Speaker emerged candidate of the ruling PDP in the state.

Ojei is joined by Maize and Associates Farmers as plaintiffs while Oborevwori, PDP and the Independent National Electoral Commission (INEC) are the defendants.

In the affidavit in support of originating summons, the plaintiff stated the 1st defendant, Oborevwori, allegedly wrote his primary six examination in 1977 with the name Oborevwori O. Francis.

“That the 1st defendant obtained his degree from Ambrose Ali University, Ekpoma on the 14th day of July, 2004 with the name Oborevwori Sheriff Francis.

“That the 1st defendant obtained his certificate of exemption from National Youth Service Corp on the 10th of March, 2005 with name Oborevwori Sheriff F.

“Also in 2009, obtained a Master degree in Political Science from Delta State University, Abraka with the name Oborevwori Francis Sheriff Orehwedor on the 24th September, 2010.”

The plaintiff alleged that on February 1982, one Benson Ogbolo deposed to an affidavit stating that the 1st defendant was his cousin and had the name 1st defendant as Francis Oborguwori.

Ojei prayed the court to declare that the 1s defendant is not eligible to contest for the office of the Governor of Delta State having violated the provisions of 177 (d) of the 1999 Constitution of the the Federal Republic of Nigeria, as amended. 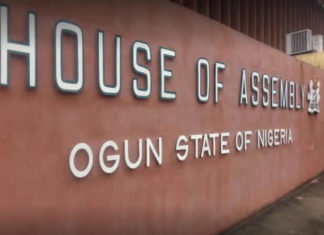