Twenty-two-year-old Kylian Mbappe defies description. Aside from his dribbling skills and pace, he is unarguably the king of hat-tricks, given the number he has scored as a professional footballer at 22.  Even though he doesn’t wear hats.

He proved this yesterday at the finals of the 2022 World Cup hosted by Qatar, when he almost single-handedly dashed Argentina’s and Lionel Messi’s dream of winning the World Cup by scoring a hat-trick in the match between his country France and the eventual winner Argentina.

Still, the remarkable thing about Mbappe’s hat-trick is that not only did he score two of the goals in less down 90 seconds, he scored his first goal in that match when France was two goals down and had given up hope of ever winning the match.

Not only did he give his country hope, he almost won the World cup for two consecutive times – the first in 2018 – had Argentina not won on penalties due to no fault of his, as he scored his own penalty lick during the shoot-out.

A versatile forward, Mbappe is known for his excellent dribbling skills as well as speed, quick feet and creativity when in possession of the ball. He demonstrates his huge footballing skills by his use of elaborate feints such as step overs or sudden changes of pace or direction to beat opponents in one on one situations.

This is why the 22-year-old Cameroonian-born Frenchman, who legendary coach Arsene Wenger once described as a huge football talent who has similarities to Thiery Henry, is unarguably the king of hat-tricks.  And he is just 22.

With the pace he is going, no doubt he is already one of the greatest players on Planet Earth. And who says the title of the Greatest Of All Times, GOAT, is not within reach.

1. Mbappe scored the first hat trick of his first team career at 16 on 14 December 2016 in the 7-0 rout of Rennes in the Coupe de la Ligue round of 16 at the Stade Louis II. That was the first hat-trick scored by any Monaco player in the competition since Sonny Anderson in 1997.

2. On 11 February, 2017, Mbappé scored the first Ligue 1 hat-trick of his career in the 5–0 home win over Metz; at 18 years and two months he became the youngest player to score a Ligue 1 hat-trick since Jérémy Ménez did it for Sochaux back in 2005.

3. On 19 January, 2019, Mbappé was one of two players (the other being Cavani) to score a hat-trick in a 9–0 win over Guingamp, breaking a record PSG set the previous season.

4. On 21 April 2019, he scored a hat-trick in a 3–1 win against Monaco, to be his first goals against his former club. PSG finished the season as Ligue 1 champions, with Mbappé winning the Player of the Year award, while also finishing the season as the top goal scorer with 33 goals.

5. On 22 October 2019 he came off the bench and scored a perfect hat-trick, in a 5–0 away win over Belgian side Club Brugge in the Champions League; at the age of 20 years and 306 days, he became the youngest player ever to score at least 15 goals in the competition.

6. On 16 February, 2021, Mbappé became only the third player, after Faustino Asprilla and Andriy Shevchenko, to score a Champions League hat-trick against Barcelona, doing so in PSG’s 4–1 round of 16 win at the Camp Nou. Mbappé’s hat-trick also saw him overtake Pauleta’s total of 109 goals to become PSG’s third-highest scorer, with only Cavani (200 goals) and Zlatan Ibrahimović (156 goals) getting more for the club.

8. On 13 November, 2022 Mbappé scored his first goals in the 2022 World Cup qualifiers with four goals in an 8–0 win over Kazakhstan as France booked their place for the tournament finals. Mbappé’s super hat-trick, which included a 32-minute first half hat-trick, was his first for his country and the first competitive hat-trick scored for France since Dominique Rocheteau in 1985.

9. On 18 December, 2022, Mbappé scored a hat-trick in the final against Argentina, only the second man ever in World Cup history to do so after Geoff Hurst in England’s 1966 victory.

10. His eight goals earned him a Golden Boot. With his hat-trick in the 2022 final, Mbappé became the first player in history to score four goals in World Cup finals. 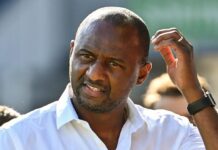 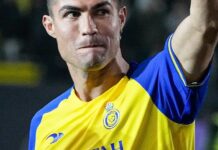 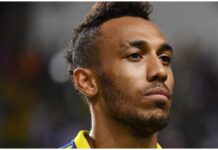