National Secretary of the People’s Democratic Party (PDP) Samuel Anyanwu has said that the ‘Life Time Achievement’ award bestowed on elder statesman Chief Emmanuel Iwuanyanwu at the weekend by The Sun Newspaper was most deserving.

Anyanwu described the award as timely, deserving and meritorious, adding that Chief Iwuanyanwu’s wide network of affection to humanity and societal development cannot be over-emphasised.

While recalling the achievements of Chief Iwuanyanwu in engineering, aviation, media, hospitality, oil/gas sector and human capital development, the PDP National scribe opined that if other leaders had emulated the footprint of the elder statesman, the society would have become much better than now.

According to him, the award is a testimony of Chief Iwuanyanwu’s efforts in sustaining national cohesion and tolerance amongst ethnic groups, adding that his resilience in bringing lasting peace to the country as Chairman of Ohanaeze Ndigbo Elders’ Council has stabilized the unity of Nigeria.

He says, “Chief Iwuanyanwu remains an institution where the younger generation consults for proper political and business direction. He is a successful man that has nurtured leaders in various human endeavours and is still willing to do more. He has built large socio-political and business contacts over the years. This award is indeed a reward for hard work.

The PDP chieftain commended the Sun Newspaper Publishing Limited for identifying the unbiased nationalist for the award, describing him as urbane, forthright and determined to change both political and social narratives” 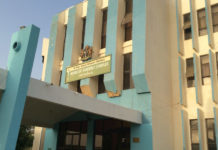 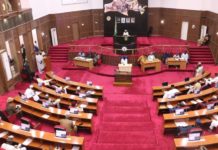