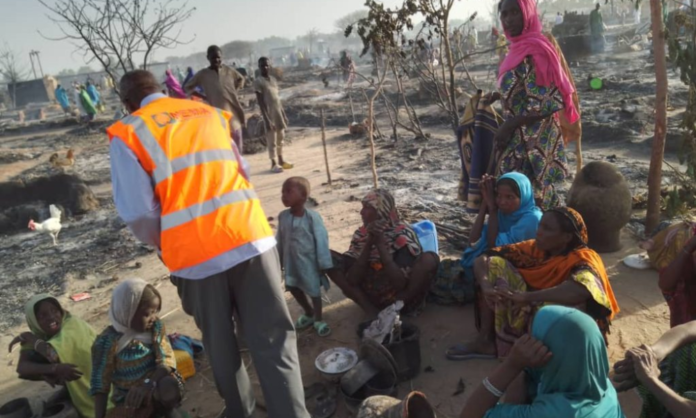 The National Emergency Management Agency(NEMA) on Friday said one was killed, while 17 others were injured in a fire incident at Kalari Muna Elbadawy Internally Displaced Persons (IDPs) camp, Maiduguri, Borno.

Ibrahim said about 100 shelters were destroyed, while dozens of households in the camps were displaced as a result of the incident.

He said the fire which started from a cooking fire in one of the IDP tents at about 1pm, was, however, brought under control by the personnel of the State Fire Service.

Ibrahim explained that the injured victims had been administered first aid.

He added that a combined team of the NEMA and the State Emergency Management Agency (SEMA) were on ground to assess the extent of destruction in the camp.